In the spirit of Cinco de Mayo, Corona and FoodChannel.com are excited to announce a unique partnership with award winning chef, restaurateur, and author of ‘Rosa’s New Mexican Cookbook,’ Chef Roberto Santibañez. Together, Chef Roberto Santibañez and Corona have teamed up to create authentic and delicious Mexican fare sure to please any palate.

Originally from Mexico City, Roberto Santibañez graduated with honors from Paris’s top culinary institutions and went on to serve as Culinary Director of the Rosa Mexicano restaurant chain. His resume includes stints as a culinary consultant, author and teacher in Mexico, Europe and the United States and his 2007 book, ‘Rosa’s New Mexican Table,’ was nominated for a 2008 James Beard Award. He is currently chef and owner of Fonda restaurant in New York City, serves as culinary partner of The Taco Truck in Hoboken and Jersey City and is finishing up a second cookbook due out in 2011.

As a seasoned chef and member of the Culinary Institute of America’s Latin Cuisines Advisory Council, Chef Roberto SantibaÃ±ez has been responsible for the culinary development of some of the most prestigious Mexican restaurants in the country.

At Fonda, his new restaurant, Roberto applies more than two decades of devotion and expertise to the cuisine of his native country. He brings the kind of contemporary, urban fare you’d find in Mexico City to a hip, relaxed atmosphere in Brooklyn.

For the Corona ‘Countdown to Cinco de Mayo,’ Chef Roberto Santibañez has created a number of dishes that incorporate traditional, authentic ingredients and that pair well with a variety of Mexican brews, including Corona Extra, Corona Light, Modelo Especial, Negra Modelo and Pacifico.

This recipe for Marinated and Grilled Chorizo is the first of several dishes to come. Check back each day of the ‘Countdown to Cinco de Mayo’ for new tips and recipes to complement your fiesta. 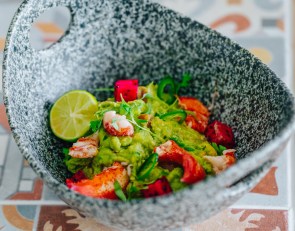 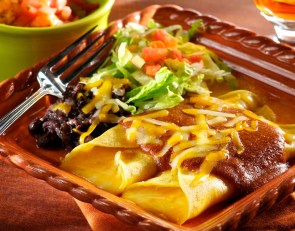 Keep The Cinco Going with These Enchilada Favorites 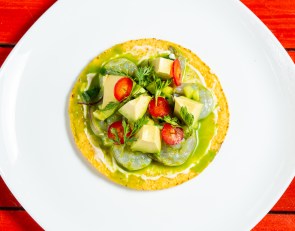