The Winter Fancy Food Show is over – but exhibitors and staff are already planning for the Summer Show. And, for the first time since 1996 (and thanks to the renovation going on at the Javits Center in New York), there is a change of location for the Summer Show. It will be held at the Walter E. Washington Convention Center in Washington, D.C. for the next twoyears, July 10 – 12, 2011, and June 17 – 19, 2012.

Since the Javits Center opened 25 years ago, the NASFT has held the Summer Show in New York City for all but two years. It was in Washington in 1992, and in Philadelphia in 1996. The Javits Center remains the permanent home of the Summer Fancy Food Show, and NASFT looks forward to bringing its2,400 exhibitors and 25,000 attendees to New York City after the renovation is complete.

In the meantime, Washington, D.C. is seen as a strong venue for the Show. “Metropolitan Washington and the Middle Atlantic region are strong markets for specialty foods,” says NASFT President Ann Daw. Washington’s central location and international reputation are seen as positives in drawing the exhibitors and attendees.

This year’s Summer Show is expected to feature more than 180,000 specialty food and beverage products from the U.S. and abroad. A highlight of the show will be the presentation of the sofi™ Awards for the outstanding specialty foods and beverages of the year at a gala red-carpet ceremony.

For more information about the Summer Fancy Food Show, go to www.fancyfoodshows.com. 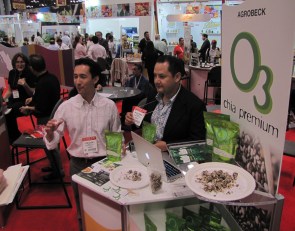 It's a Wrap at the 61st Summer Fancy Food Show 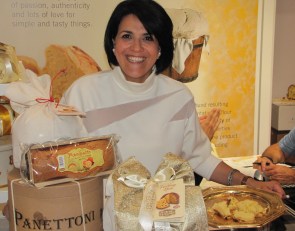 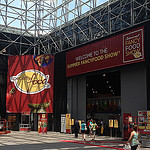