OK, Food Channel fans. It’s time to support one of our own. Check out the Urban Rajah’s show on our site, and cheer him on for a big award. His cookbook, Urban Rajah’s Curry Memoirs, has been nominated for an award in the World Food Awards Cookbook of the Year. He tells us, “I’m up against some stiff telly competition and I’ll need your vote to win!”

All you have to do is click this link and VOTE for Urban Rajah’s Curry Memoirs.

The annual World Food Awards celebrate the significant achievements of ethnic food product ranges, with a ceremony to be held on December 2, 2013.  The World Foods Cookbook award is a new category this year, added to commemorate five years of the program. According to their press information, “This award recognises the key role chefs play in the ever growing popularity of world foods, through their published recipe books. The books selected for the shortlist all feature an excellent and varied selection of recipes from around the world or focus on a particular cultural cuisine. They are visually appealing to readers and are presented in an easy to follow format that appeals to budding chefs and seasoned cooks alike.”

Voting for the World Foods Cookbook of the Year Award is now underway until the closing date of November 10, 2013. Everyone who votes may choose to be entered into a prize drawing to win two exclusive tickets to the gala ceremony in December (terms and conditions apply). 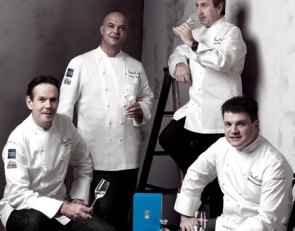 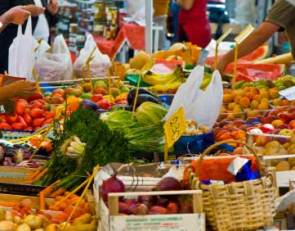