Classic Holiday Desserts with a Twist

Classic Holiday Desserts with a Twist

In true holiday comfort food fashion, we crave those classic and traditional desserts that have become staples upon our holiday tables since childhood. I know for me, as much as I always want to try a new dish, I ultimately always choose to recreate my favorites – stick to what you know. Well, this year you could do that, but what if you could update your classics just as easily?

Hear us out, when we saw three new holiday recipes from one of America’s favorite chocolates we knew we had to update our dessert menu. Hershey’s Kitchens has released two new products that will make you question how you lived and baked before their creation; Hershey’s S’mores Baking Pieces and Hershey’s Cookies ‘N’ Creme Baking Pieces.

So, in celebration of the upcoming holidays, Hershey’s took three of our favorite classic holiday dessert recipes, Poke Cake, Chocolate Chip Cookies and Molten Lava Cakes, and gave them an unexpected twist.

Originating in the 1970’s, a poke cake is traditionally made with a boxed cake mix, which is then sporadically ‘poked’ with a utensil, once baked, to create holes throughout it, which are then filled with jello mix. It became incredibly popular in the 70’s, partly due to its simplicity of creation, but mostly because it allowed bakers to add new flavors and bright colors to their baked goods.

Today, the poke cake has started to see a comeback. The process of making the cake is generally the same, but we are moving away from artificial ingredients and additives such as jello. Today’s poke cakes are often seen filled with decadent fillings such as caramel, jams, and sweetened condensed milk, making the cake rich and moist.

Hershey’s Kitchens, being just as interested in the concept as we are, has created a Chocolate Poke Cake that combines the deliciously rich flavor of their natural cocoa and syrup with a light and moist chocolate cake. This cake is the definition of melt-in-your-mouth, click here to get the complete recipe so you too can make it!

First created in 1987 by chef Jean-Georges Vongerichten, but disputed by French chef Jacque Torres who argues the dish already existed in France, the Molten Lava Cake is traditionally a single-serving dessert that combines the concepts of a flourless chocolate cake and a soufflé into one liquid-centered masterpiece.

According to Vongerichten, in 1987 he pulled a sponge cake from the oven before it had completed cooking and saw that its center was runny, but it was warm and still maintained a good texture and taste. The Molten Lava Cake shot to popularity as a high-end, decadent, dessert that appeared on menus of only the highest caliber. Since then, it’s been popularized and adapted so heavily that, today, pizza chains carry it as a pre-made dessert option.

Hershey’s Kitchens, however, saw the Lava Cake as an opportunity to use its new S’mores Baking Pieces to create, in collaboration with Taste & Tell, a S’mores Molten Lava Cake that incorporates your favorite childhood camping snack with the ooey-gooey deliciousness of traditional lava cakes. Click here to get the complete recipe for S’mores Molten Lava Cakes, it’s perfect for the holidays!

Unlike the first two desserts, that could be considered relatively new, the chocolate chip cookie has a long and rich history in America. Originating in the United States as a drop cookie in 1938, a woman named Ruth Wakefield decided to chop up bits of a semi-sweet chocolate bar to add it to her cookie mix. The original recipe, in Toll House Tried and True Recipes, is called the Toll House Chocolate Crunch Cookie.

The cookie gained popularity during WWII when soldiers overseas began requesting ‘Toll House’ cookies within their received care packages. Wakefield was then bombarded with letters from around the world requesting her recipe, leading to the rise of the chocolate chip cookie.

Now it’s your turn to get into the kitchen and whip up some updated classic for your family and friends this holiday season! 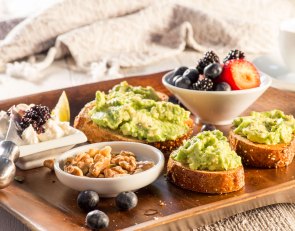 27 Ways to Treat your Mom on Mother's Day 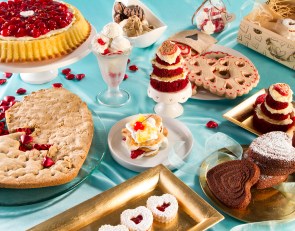 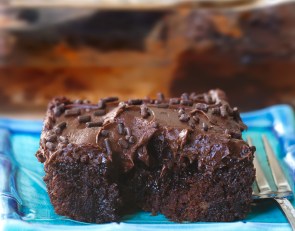