The Charisma of Chinese New Year

The Charisma of Chinese New Year

Lantern festivals. Parades. Feasts. In keeping with our national trend toward new experiences, is it any wonder that Americans are beginning to embrace one of China’s most important and interesting celebrations?

Chinese New Year, also known as Lunar New Year and the Spring Festival, is an important cultural holiday for both the country of China and for Chinese people everywhere. There’s a touch of our Western New Year’s resolutions, plus all the traditions around the coming of a new season, growth, prosperity, and giving everyone the chance at a fresh start. While there are no set dates for the festival (as it was traditionally based on the lunar calendar), this year’s festivities kick off on February 16, 2018.

Filled with mythology and symbolism, each year is represented by one of the 12 zodiac animals, a part of the lunar calendar that dates back more than 4,000 years. This Chinese New Year is known as The Year of The Dog. The significance of the dog for 2018 lies in the positive characteristics of people born during the years associated with this animal, which include loyalty, wisdom, patience, and reliability. Although the dog is this year’s animal, good luck is not guaranteed for those who were born under it; in fact, the opposite is true. This superstition often causes people to cling to the color red, as it symbolizes protection and good fortune.

Color and food play a major role in Chinese New Year, as tradition dictates that eating certain dishes furthers one’s chances at prosperity and health. Some of the correlations between foods include:

As previously mentioned, the color red can be seen everywhere, from banners, glowing lanterns and fireworks displays, to the money-stuffed envelopes given to children, co-workers, and employees as gifts to transfer or share fortune.

Global celebrations are becoming increasingly popular for Chinese New Year as families gather together in one location to observe the holiday. We are seeing this trend influence the travel and hospitality industries as a way to entice guests. Disney’s California Adventure is celebrating Lunar New Year with a series of celebrations, parades, and live musical performances to mark the holiday for park-goers. This event includes food booths serving culinary creations that represent the countries of China, Korea, and Vietnam. Visitors will also be able to learn about how these countries individually celebrate, through educational signage placed throughout the park.

Companies such as Coca-Cola are targeting popular cultural holidays as a way to personalize marketing and create limited edition products. Their gold cans, for example, feature a ‘fu’ collection of designs, offering consumers a chance to win a contest while engaging them through education about Chinese New Year. Global cosmetic company MAC is releasing a Lunar New Year collection of shades inspired by the holiday and its correlation to spring, including warm pastel and peachy tones.

Global holidays are finding a new audience thru the lens of travel, cuisine, and retail as consumers look for new experiences. The rich traditions of Chinese New Year are as vibrant and flavorful as the illuminated lanterns, firework displays and steaming bowls of good luck dumplings that go along with the celebration. We are watching this trend and can’t wait to see what holiday steals the spotlight next.

Senior Cultural Analyst for Culture Waves and Insights Development. I studied Art and Design at Missouri State and have a retail-heavy background in health food markets, clothing, and entertainment. My free time is filled with vinyl records, cats, craft cocktails, and succulents. 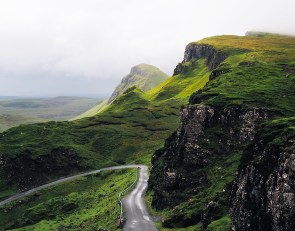