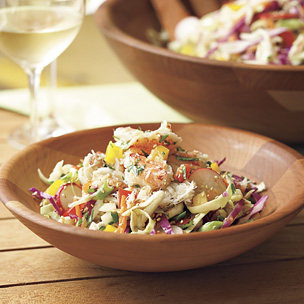 Widely used in Asian cuisines, rice vinegar is made from fermented rice and is a bit milder than most Western viengars. It is available either plain or sweetened (also known as seasoned rice vinegar). Use unseasoned variety for this recipe.