Crazy Richards own Dietitian Racheal DeVaux of Rachael’s Good Eats has taken the internet by storm with her latest and greatest creation – the Cashew Chocolate Chip Cookie Skillet!

This recipe is simple to follow, very forgiving, and easy to substitute ingredients you have on hand for the ones listed.

This recipe is courtesy of Crazy Richards. 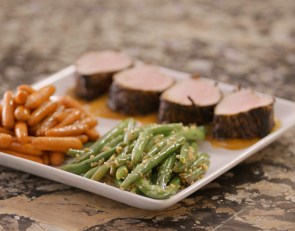