When you get the offer for an exclusive Super Bowl game-day recipe from one of America’s top chefs…you take it! With great anticipation for the upcoming Super Bowl match between New England and Philadelphia, former Top Chef competitor, and judge, Chef Hugh Acheson, has created a fan-favorite 8-Layer Dip with added kick of flavor thanks to his go-to Cholula Hot Sauce. 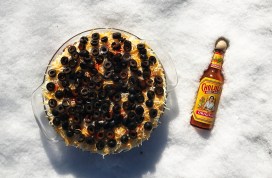 Chef has made this recipe achievable for anyone by keeping it simple, yet with layer upon layer of flavor. This is destined to be one of the favorites at your Super Bowl watch event.