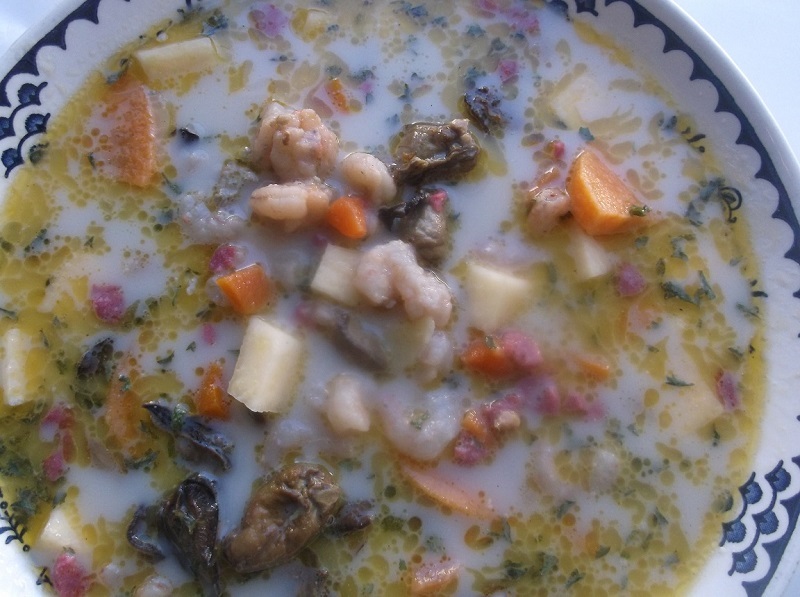 Oysters have been part of our Holiday custom for centuries. Oysters were plentiful on our shores and have been used in stuffing since the Puritan era. Did you know that oyster dressing was originally stuffed between the skin and meat of the turkey? For the first hundred or so years of New England colonization, it was a rampant debate of which is better tasting, loosening the skin around a fowl to stuff or simply pack it into the cavity of a dressed bird.

Regardless, oyster stew is a New England classic. In this recipe, our chef has taken this perpetual meal-in-itself and added even more Yankee ingredients and to give you a satisfying recipe that ties the past to the present.

The Yankee chef, Jim Bailey, is a third generation chef, food columnist, cookbook author, food judge and New England’s foremost food historian. His motto, It's Just That Simple!™ expounds on the concept that anyone can create and prepare recipes made by celebrity chefs on television, but without all the expense, expertise and special equipment. Chef Jim also dons his signature pink chefs coat as a tribute to all breast cancer sufferers, both in the past and present.