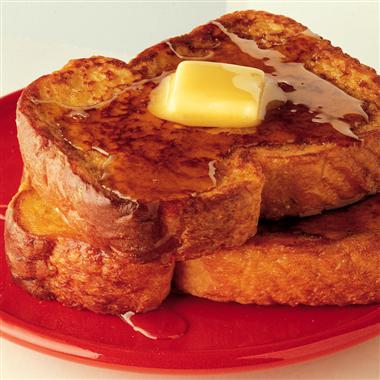 Wake up your taste buds with the flavor of cinnamon extract added to French toast and syrup.