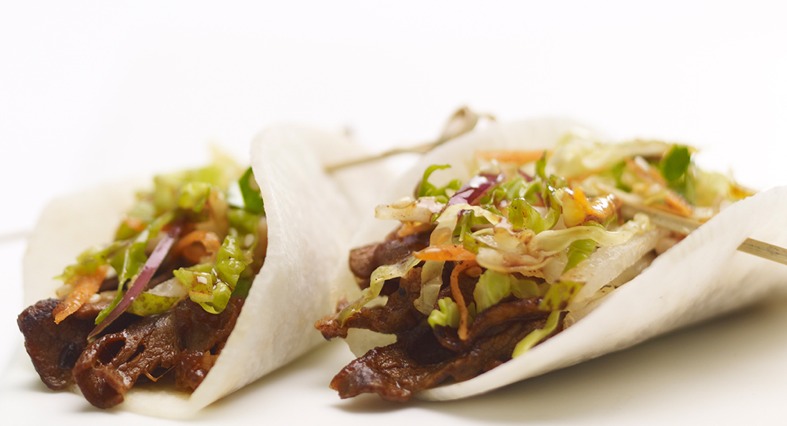 Galbi, a popular Korean barbecue recipe, is made with thinly sliced beef short ribs that are marinated and quickly grilled. In this dish, short ribs are wrapped in thinly sliced jicama and topped with refreshing Asian pear slaw for a creative take on tacos

Gochujang or Korean pepper paste is made from chile powder, glutinous rice powder, fermented soybeans and salt. It is used to flavor stews, soups and marinades, and as a condiment at the table. It is available in Asian markets and online specialty stores. Three tablespoons sweet soy sauce (kecap manis) can be used in place of the soy sauce and honey. It is a thick dark sauce typically used in Indonesian and Chinese cooking. It can be found in Asian groceries.