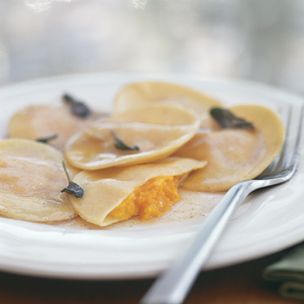 Aromatic, velvety gray-green sage is a perennial that grows in profusion all over Italy. In Roman times, it was prized for both its medicinal properties and as a flavoring. Today, its chief use is culinary, including in such traditional recipes as chicken livers sautéed in butter and veal saltimbocca. Here, it infuses melted butter, to create a common northern Italian preparation for saucing stuffed pastas, in this case tortelli, a classic Lombardian ravioli.

This recipe courtesy of Williams-Sonoma