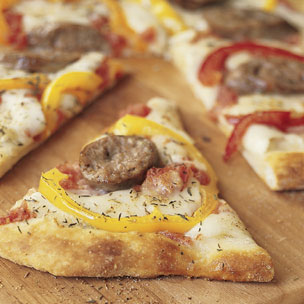 By using a bakers peel, you can easily transport the pizza to the preheated pan in the oven.