HP: What did you do before Share Our Strength?
Billy Shore: After graduating college I came to Washington to work for Senator Gary Hart, interned at first and then progressed through the office until becoming his Legislative Director in the Senate and the political director for his presidential campaigns. After he left politics I became chief of staff to Senator Bob Kerrey from Nebraska.

HP: When, how and why did you start Share Our Strength?
In 1984, while still working for Senator Hart, the devastation of famine in Ethiopia prompted me to start Share Our Strength. We began with a $2000 cash advance on a credit card and since then have raised and spent $300 million to fight hunger, mostly in the United States, where we are now focused on ending childhood hunger. Read more. 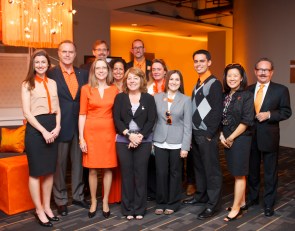