Fat Tuesday Phatter Than Ever

Fat Tuesday Phatter Than Ever They’re saying that this year’s Mardi Gras partying down in New Orleans will be bigger and more jubilant than ever. Seems there was a football game played recently that has been cause for extra celebration down on Bourbon Street and well beyond.

People are calling it â€˜Lombardi-Grasâ€™ in honor of the game’s hard-earned trophy.

Who dat say they gon’ be having a party on Fat Tuesday? When the Saints go marching in, indeed.

Perhaps you’re going to be doing some celebrating of your own. If so, we’re here to help with the foodâ€”well, recipes for the food, anyway.

We’ve got a classic and simple New Orleans breakfast combo for youâ€”something to fortify you for the night’s festivities, or for the morning after.

Bourbon Street Beignets and French Quarter Coffee and Chicory. Both are super simple and so-o-o good.

One popular Mardi Gras staple is gumbo, the thick and spicy Creole stew or soup concoction that typically consists of rich stock (seafood or chicken) plus okra, shrimp or crawfish, sausage, rice, celery, bell peppers and onions. Makes a wonderful lunch or dinner.

Another Bayou favorite you may want to try is our Muffuletta Sandwich made with smoked ham, salami and the traditional olive relishâ€”which is key to its flavor. For a big party, the sandwiches are often served on a long roll, and carved into manageable portions.

Traditional beverages poured at Mardi Gras gatherings, depending on the time of day, include coffee and chicory/cafÃ© au lait, along with stronger stuff such as Bloody Mary’s and milk punch (made with bourbon or brandy, half-and-half, superfine sugar, vanilla extract and nutmeg).

Or try our recipe for Mint Julep, another perennial Mardi Gras fixture (also a fave at the Kentucky Derby, of course).

Alright, turn on some zydeco music or Dixieland Jazz and you’re all set. Oh, and maybe sing the Saints fight song one more time. 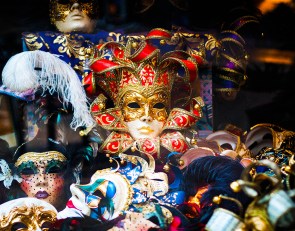 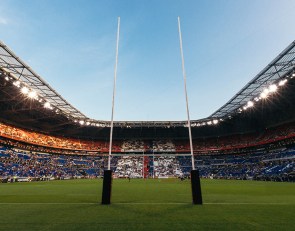