Smoking meat is one of those crafts that have been around for a long, long time. It was once used mostly as a method of preserving meats, before refrigerators and freezers came along. Today meats are smoked to impart a rich, smoky flavor.

The intensity of the smoky flavor depends mostly on the amount of time the meat is smoked and the density of the smoke. Smoked meats are often eaten cold, but can also be heated up and served warm.

Ozark Mountain Smokehouse, nestled along the slopes of Mt. Kessler near Fayetteville, Ark., has been smoking meats since 1946. The original master smoker, Roy Sharp, had recently moved to the area with the idea of retiring. He began smoking turkeys for friends and neighbors, using a smoker in his barn. Well, the barn burned down one day when his smoker caught fire, but Sharp wasn’t deterred for long. He rebuilt and created Ozark Mountain Smokehouse, and the company’s been smoking bacons, hams, turkeys, and other meats for more than 60 years now—still using Mr. Sharp’s original recipe.

While the company remains small and fiercely independent, it has expanded some, and now also offers home-made preserves and pickled specialties in addition to the meats.

If you ask them, the folks who run the smokehouse today will tell you there’s a distinct difference between the hand-crafted meats they produce and many of the mass-processed, so-called “smoked” meats. Those products are likely to be pumped full of water, they say, and often get their smoked flavor from a chemically-produced “liquid smoke.”

At Ozark Mountain Smokehouse the meats are smoked over a log fire of native Ozark hickory in one of the company’s two-story smokers—and there’s no water added, they stress.

Right now, the smokehouse is promoting its New Year’s Gift Pack, a savory combination meant to bring good fortune in the coming year. The package includes two pounds of bacon ends, one pound of dried black eyed peas, a pint of pure sorghum molasses, and a half pint of Spicy Ozark Mountain Mustard.

For more information, you can visit the website, ozarkmountainsmokehouse.com. 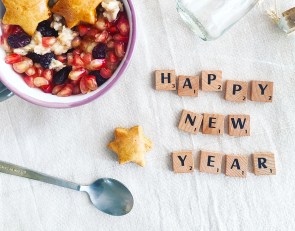 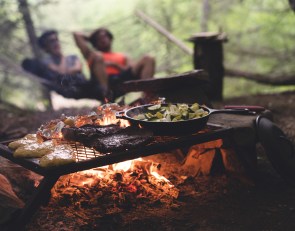 National Barbecue Month: 21 Recipes to Get your Grill On 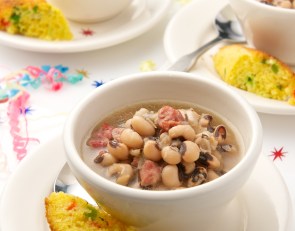