As in any disaster response, food and water figure heavily in recovery efforts. The Food Channel appreciates the efforts of the many recovery teams responding to the needs following the 8.9-magnitude earthquake that struck Japan, followed by a tsunami. Among them is the Convoy of Hope Disaster Response team, which is currently identifying the needs in that country.

According to Senior Director Jeff Nene, they have established connection with in-country partners who have been impacted by the damage and are identifying the needs and areas where Convoy of Hope may be of the greatest assistance.

“It’s the fifth-largest earthquake ever recorded,” said Kary Kingsland, senior vice president of Global Initiatives for Convoy of Hope. “Now we are monitoring Hawaii and the West Coast and we will respond to the needs in Japan and in the United States as needed.”

Rescue workers in Japan following Friday’s 8.9-magnitude earthquake are facing the grim reality of mounting deaths. Convoy of Hope and other humanitarian groups are rushing aid to Japan in the wake of this humanitarian, economic and nuclear crisis.

Millions face another cold night without water, food or heating while the fear of a nuclear meltdown continues to rise. The death toll is now in the thousands and continues to rise by the hour.

Deployed Convoy of Hope disaster responders will stage initial relief efforts from Manila, Philippines, as officials work to contain radiation exposure at Japan’s nuclear power plants and reopen air traffic. Plans are in place for the team to move into Japan quickly.

“Our primary concern is to be sure that we have the right equipment and supplies for the situation,” says Kary Kingsland, senior vice president of Global Initiatives for Convoy of Hope.

Convoy of Hope will focus on getting water, food and emergency supplies to people in desperate need in the devastated areas. Through communications with its in-country partners in Japan and other relief organizations Convoy of Hope will determine where its resources will make the greatest impact.

The deployment team is carrying in water filtration units to distribute and will be securing food and supplies in the region.

“Financial gifts have the greatest impact,” stated Kingsland. “Convoy of Hope will use those gifts to help as many people as possible in this time of urgency.”

The best way to help is to donate online at convoyofhope.org or text TSUNAMI to 50555 to donate $10 to Convoy of Hope’s Disaster Response efforts. 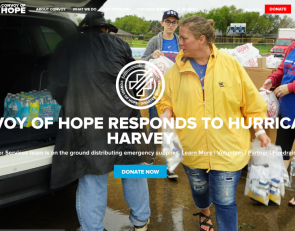 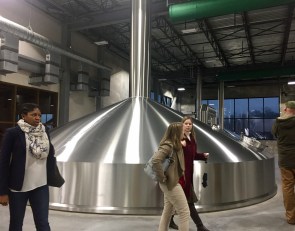 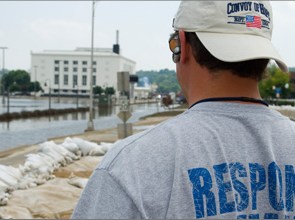