Grocery store layouts, traditionally designed for female shoppers, are beginning to be restructured in a more male-friendly way. Retailers are starting to recognize that it is increasingly men who are the primary grocery shoppers in the household.

Market researchers have discovered that men navigate their way around a supermarket in an entirely different way than do women. And sometimes the guys just feel lost, wishing they had one of those GPS navigators on their carts like the ones they have in their cars.

Marketers are now reaching out to those fellas who find grocery shopping to be a kind of wander in the wilderness.

Consumer product giant Procter & Gamble has pioneered the concept of the “man aisle.” P&G found that men often had to sort through bottom shelves and endless aisles of female-centric toiletries to find what they were looking for.

P&G’s idea of merchandising all men’s products in one area has been so successful, major chains including Walmart, Target and Walgreens have plans to incorporate the concept in 2012.

Procter & Gamble spokesman Damon Jones told the LA Times that “many men were terribly uncomfortable with the shopping experience. Our intent in creating guy aisles was to give them an experience that was comfortable for them and made it easier to navigate the store.”

Kraft Foods has also been exploring male shopping patterns. Research by the company found that by placing its Philadelphia Cream Cheese near the chicken in the supermarket, sales went up by 20 percent.

Barry Calpino, vice president of breakthrough innovation at Kraft Foods, said: “We had a lot of guys who impulsively bought that product, thinking, ‘What can I mix with chicken? I want to try something different.’”

Women, research has shown, shop more logically and less impulsively than men. For example, if they want to create a chicken dish with cream cheese, they’ll head for the dairy department after that poultry purchase.

Why the sudden focus on male shoppers? Simple, there’s more of them in the U.S. today who are taking on the task of the weekly trip to the grocery store. A report commissioned by ESPN found that 31 per cent of the primary household grocery shoppers were men in 2011, up from 14 per cent in 1985. 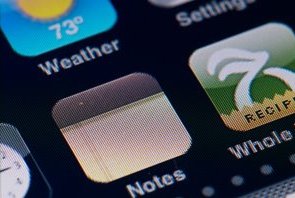 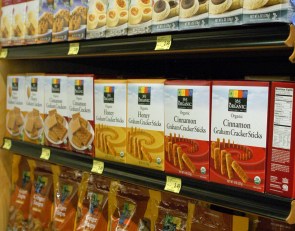