PepsiCo will soon offer a new variation of its flagship cola aimed at people who don’t want the calories of regular soft drinks, but can’t abide the taste of diet soda.

Pepsi Next contains about half the calories of regular Pepsi at 60 calories per can, and is sweetened with a mix of three artificial sweeteners and high fructose corn syrup.

This new mid-calorie soda follows Dr Pepper’s recent introduction of Dr Pepper 10, which has 10 calories and has targeted men in its marketing approach.

Pepsi has tried to find the “in-between” sweet spot before, rolling out Pepsi Edge in 2004, which also had about half the calories of regular soda. Coke had previously tried a similar mid-calorie soda called C2 in 2001. Both the Pepsi and Coke mid-cals were gone by 2006 due to disappointing sales.

Pepsi says the new formula of Pepsi Next more closely imitates the flavor of regular soda. (Well, we’ve heard that before, haven’t we?)

Pepsi spokeswoman Melisa Tezanos said the company developed the cola by researching the “taste curve” that consumers experience when drinking regular soda. She compared that curve to how someone might evaluate wine, going from the moment the liquid hits the tongue to the aftertaste it leaves.

“We wanted to develop a taste curve that gives the full flavor of regular Pepsi,” Tezanos said.

Pepsi is looking to Pepsi Next to help the brand gain back the market share it’s lost in recent years. Pepsi had its share in the carbonated soft drink market fall to 9.5% in 2010, from 13.6% a decade earlier, while Diet Pepsi’s share remained steady at 5.3%. Coke is still the top selling brand, with 17% market share. Diet Coke follows with 9.9%.

Pepsi Next is scheduled to hit store shelves nationwide by the end of March, and we suspect there will be a considerable marketing push to make you aware of its arrival. 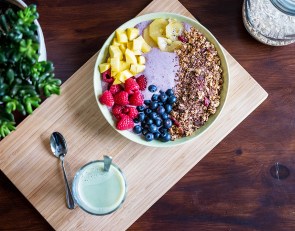