Photo by Nathan Dumlao on Unsplash

Coffee is big right now—The Food Channel identified it on its Top Ten Food Trends for 2016, with a look at coffee rubs, coffee beer, chewable coffee cubes and more. Coffee represents an $81 billion global industry and is continuing to grow.

Of course, we caffeinated beings seem to be always tweaking, reinventing and decorating what was once a simple cup of liquid energy. It’s no longer enough to add flavors to coffee; we now flavor other products with coffee.

We’re also adding coffee’s energy-enhancing properties to a variety of products. When consumers discovered caffeinated peanut butter, it seemed the heavens had opened up and prayers had been answered. With just a tablespoon of STEEM peanut butter, you can ingest the caffeine equivalent of an entire cup of coffee. Living in a 24/7 society, having exactly what we want when we want it changes everything. Now you no longer need to brew a cup of coffee for the caffeine boost. Instead, you can spread some peanut butter on your toast in the morning and be good to go.

Similarly, a company called Nootrobox recently launched GO CUBES. These edible gummy bites contain 50 mg of caffeine, along with sugar and added nutrients. Habitual coffee sippers no longer have to feel a lull, or stop what they’re doing to brew a pot of coffee to gain energy. Just pop a gummy into your mouth, and move on.

The appealing qualities of coffee are manifold: the flavor, the energy boost, and even the daily socialization. A cup of coffee in the morning is an American staple, and edible coffee is just another manifestation of our love of the flavor.

The convenience of a chewable or spreadable caffeinated treat is enticing because it’s new. Technology such as the Keurig home brewer is already offering consumers a cup of coffee tailored to their preferences, so we have a trifecta brewing: something new, something convenient, and something we love.

To get your caffeine fix in new ways, try these recipes: 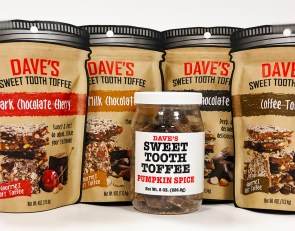 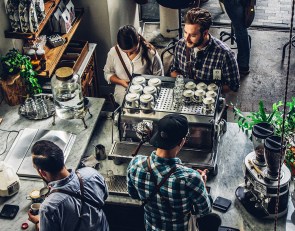