Photo by Dan Gold on Unsplash

We think about the meal we will have later in the midst of the meal we are eating. We read an entrée recipe and think of 20 side dishes that might go with it. Warning: don’t get us started on dessert.

Inevitably, every few months, someone will bring up the concept of the last meal. Forget the fact that for the lucky ones—those who live long, healthy lives—the last meal will likely be a soft food eaten off a cafeteria tray at a rest home. We still dream about what that last meal might be, as though we were on food death row and had to choose what would be delivered to eat while the world looks on. 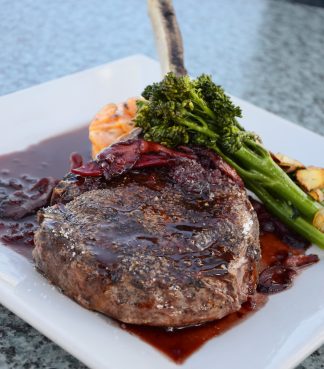 Photo by Alex Munsell on Unsplash

Over the course of these conversations, I’ve heard a lot about steak, usually with a loaded baked potato. Green vegetables and salads are rarely discussed—after all, nutrition is probably the last thing on your mind at this point. Sometimes it’s an elegant seafood dish, or a stuffed pork chop the size of Delaware.

Rarely, however, do I hear about breakfast. Yet, for many Americans, breakfast has become the most important meal of the day. Not because of any traditional thinking that it’s the best way to start a day, but simply because breakfast has managed to reinvent itself so you think of the flavor of a breakfast meal any time of day. Unlike pot roast, which doesn’t appeal for the first meal of the day, you can easily have a dinner of waffles and bacon.

As for brunch, well, there’s a meal where anything goes. You can have your drink of choice, including alcohol. You can pile on the courses, with fresh and juicy fruit, lots of carbs, and 3-4 meats without anyone batting an eye. Want sausage, bacon, AND ham? Sure, why not.

Photo by Rachel Park on Unsplash

Sign me up, then, for the last meal made for brunch. I want drippy eggs with walnut-studded toast. Definitely bacon, and probably a good country ham, too. The sausage can go on the side of biscuits and gravy. I’ll take healthy-sized slivers of watermelon, and fresh-pressed orange juice with a pile of blackberries nearby. I want my breakfast potatoes infused with sour cream and cheese, and if you bring me lots of creamy butter I’ll take a few hot grits as well. And… because why not… throw in a warm Pain au Chocolate.

I’ll drip copious cups of coffee, meaning this meal can stretch out a bit as I lean back, savor the flavors, and sip away without concerns over sleeplessness or calories consumed. This, to me, is a last meal that is suitable for the cause, with lots of variety and absolutely no chance the steak will be too done.

For now, though, unless I want to hasten that last meal, perhaps I’ll stick to an egg and a serving of fruit. I’ll think about it…