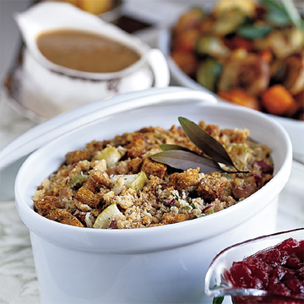 In the early 1970s, the chef of Fournous Ovens at the Stanford Court Hotel in San Francisco gave Chuck Williams this recipe for chestnut and sausage dressing. It is probably an adaptation of a recipe brought over from the Mediterranean area by Greek settlers in New England.