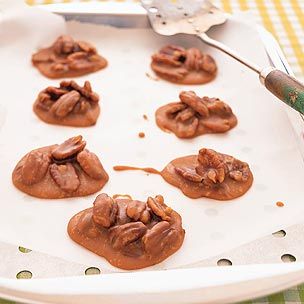 Classic Southern Pralines Recipe – Although the idea of mixing nuts (traditionally almonds) with caramelized sugar is French in origin, these pralines are Louisiana ingenuity pure and simple. The earliest recipes called for locally grown pecans and raw sugar brought into the port of New Orleans from Cuban cane fields. Avoid making pralines on a humid day. They will not set up properly.