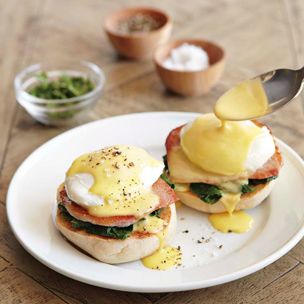 In this riff on classic eggs Benedict, we call for Irish bacon, which is made from the back meat of the pig rather than the belly and is leaner than American bacon.