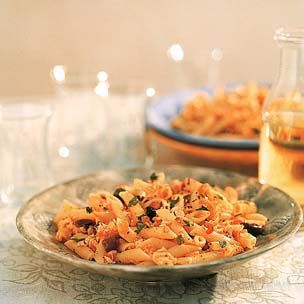 This seafood sauce hails from Sicily, which boasts some of the finest swordfish in the world. Like most fish and shellfish sauces for pasta, it does not need cheese.