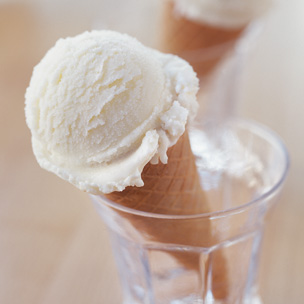 Ice cream made by simply churning milk, cream, sugar and flavorings is variously known as Philadelphia, American or New York style. It is far quicker and easier to prepare than French-style ice cream because it doesn’t require making a custard. It is a great choice for serving on ice cream cones.