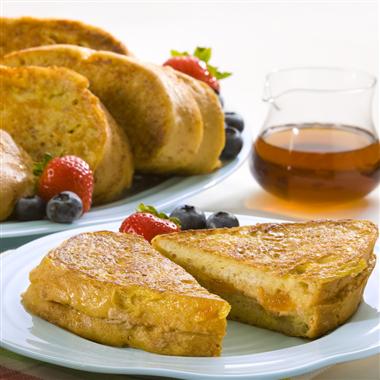 French toast stuffed with sweet cinnamon-spiced cream cheese and apricot preserves is the perfect brunch dish to greet your family on a weekend morning.