We recently had the pleasure of going on location to cover The Fayetteville Roots Festival, a five-day extravaganza that brings together music, art and food in a celebration of the Northwest Arkansas region.

I’ve experienced many food festivals over the years, from California to Texas to Colorado to New York to Florida, and the Roots Festival definitely holds its own when it comes to the talent, activities and especially the food. “Roots” is used to describe both the music and food at the event. It’s a showcase of the best in the region with a family feel. Music styles include blues, jazz, country, bluegrass and folk. The festival also supports local farmers, chefs and restaurants, focusing on locally grown produce and locally raised meats. Even the artists are from the region, with locally produced exhibits and films.

An Expansive View Of The Region

The entire festival is expansive, essentially anchored by Bentonville and Fayetteville with events there and locations in-between. You’ll find a mixture of public events, as well as those that are ticketed. The event is such a draw that many of the events and VIP passes are sold out weeks in advance. If you have the chance to attend next year, you should definitely put this festival on your to-do list.

Festival Director, Jerrmy Gawthrop, tells me that Roots has blossomed over the years, and is truly recognizing the vision organizers had from the beginning—to showcase the best of the region and celebrate the multitude of talent within its boundaries. I was curious about the intersection of food, art and music.

“To be honest,” Gawthrop said, “they are the perfect complements. All art forms that are multi-sensory experiences. When it comes to food, the music a chef listens to powers the food being prepared, and the food a musician eats prior to a performance helps fuel that experience. It’s amazing to see the mutual respect the artists and chefs have for one another. We treat our chefs like rock stars, because…they are.”

Roots is designed to have an intimate feel and showcase many of the elements that make the Fayetteville community and Northwest Arkansas region a beloved cultural destination. I’ve taken heat in year’s past for calling out emerging food cities and regions before the rest of the world takes notice—and having folks disagree with me. With Northwest Arkansas, I don’t feel I’m going out on a limb at all. It is, perhaps, one of the best kept regional secrets—for now. And since I am a food editor, I’ll focus more on the culinary element, but the musicians and artistic experiences were outstanding as well.

One of the great features of the Fayetteville Roots Festival is having prominent chefs from across the United States and even Russia participating in events and classes over the course of five days. Each is paired with a local/regional chef, as well as students attending Brightwater, A Center for The Study of Food in Bentonville—and from area high schools. The energy between the chefs and students was palpable. Chefs support one another and work together in ways that professionals from other industries often don’t. It’s an amazing thing to see.

Brightwater – The Tie That Binds

The kitchens at Brightwater served as the central hub for all festival chefs to prepare foods for workshops, events and Master Classes that were taught at the school on the festival’s second day. It was a flurry of activity as we had back-stage access to interview the chefs and learn more about their passions for food and those who inspire them. I wanted to know, “Who inspires the masters?” We also talked about advice for those entering the culinary field. I met mentors and made many new friends that I’m sure will last a lifetime.

Running a restaurant looks glamorous, but make no doubt, chefs often work 80-plus hour weeks. When they’re not making sure the food’s just right or ensuring patrons are happy, you’ll most likely find them doing community service, such as providing food for those less fortunate, using their names and restaurants to raise money for charity, and teaching classes to help people learn how food not only fuels, but heals and empowers, the body and mind.

It’s exciting to see the opportunity this festival affords to local students interested in culinary careers. They’re not just observing; they are hands-on, working side-by-side with professional chefs and learning everything you need to know about preparing for, and running a culinary event. It’s an extraordinary experience that they were savoring every step of the way.

The Next Food Capital?

There’s a lot of focus on the future of food going on in Northwest Arkansas. A definite focus on food innovation, reducing waste, sustainable practices, and working with local farmers and growers. But mostly creating great food that makes people happy.

Meeting and hanging out with the chefs in this community was the absolute best. They’re rock stars in my book, as well. It doesn’t stop at the festival’s boundaries, either. We found lots of great food at local restaurants, representing cultural influences from all over the world.

What does the future hold for The Fayetteville Roots Festival? “More chefs, more programming, and more music going later into the night,” Gawthrop enthusiastically says. He’s looking forward to the event’s 10-year anniversary in 2019. And I have to admit, so am I.

This is part of The Food Channel: On Location from The Fayetteville Roots Festival. Watch the site for additional stories and videos: 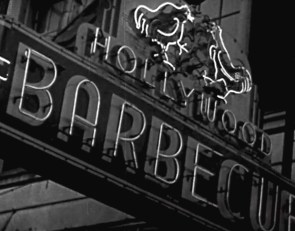 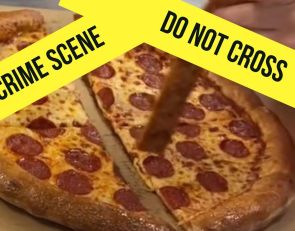