He’s a chef. A teacher. A visionary. A combat veteran. A pianist. He’s appeared on The Food Network’s “Cutthroat Kitchen.” He advocates for children through No Kid Hungry. His followers find him on Facebook and Instagram.

We could keep going, but suffice to say he’s a Renaissance man who continues to reinvent himself and those around him. We’re talking about Chef Roman Coley Davis—who prefers looking at the future rather than the past. That future, for him, is as part of the faculty at Brightwater, A Center for the Study of Food, located in Northwest Arkansas.

His courses include instruction in seasonal cuisine, food safety and sanitation, cooking techniques and much more, and his students come from both high school and college, as part of Brightwater’s affiliation with Northwest Arkansas Community College.

He was also heavily involved in this year’s collaboration with the Roots Festival in Fayetteville, Arkansas.

He talked with us about the benefits of the event for Brightwater’s students, including the ability to work with some of the invited chefs. “Because of our beautiful kitchens,” he says, “chefs from all over, from diverse cultures, are prepping their food here. It creates a situation where our students work with the great chefs, side-by-side, hands in the flour.”

Davis added, “They get exposure to cooking techniques and how to put on an event. They get to learn in real time. It gives them a remarkable opportunity to see a major activation in the culinary world.”

During the Roots Festival, many of the chefs committed time to, as Davis says, “pop into classes, tell about their life, their career, what they love.” He says the students benefit because “they have content from classroom instruction…then someone waltzes in with all the lights and cameras and we have the same conversation.”

Davis says that the Brightwater model is what attracted him to come and teach. “They are learning real world things that they will encounter on a daily basis outside of school,” he emphasizes. He adds, “We’re busting at the seams with opportunity. Brightwater is the center of a hospitality expansion and exploration that is taking place,” going on to say, “This is a place that is very fertile when it comes to hopes and dreams.”

Take Care Of Your People

As for his own cooking style, he relies on using “high quality ingredients and do as little to it as possible—because I know the technique.” He’s a proponent of using ingredients from local farmers and follows the seasons. He is also adamant that the food world requires teamwork. “Take care of your people,” he advises. “You can do anything in the world with food. In all of those endeavors, though, it’s rare that you can do them by yourself. Every restaurant is hinged on the team.”

He acknowledges that he may not have always had that in mind, and says, “I try not to repeat the same mistakes. Life comes full circle. The food world is a very small, interconnected world. In the full cycle of what you do as a chef, I think it’s incredibly important to take care of your people.”

His cooking is also about adding his personal touch to recipes. “My favorite things to cook are recipes and dishes that have meaning behind them,” he says. “I can go to Google, or I can make my MeeMaw’s pound cake. Everyone has a story like that.”

Students outside the open display classrooms at Brightwater.

His philosophy travels into the classroom with him. “I always ask students, ‘What’s your special food story.’ In the South, we have oral tradition. The best food in the world is one you share with people you love.”

Transparency also matters to Davis, and he uses social media to show what life as a chef is really like. He says, “What I post is always real life—real life snapshots of the crazy mess you get yourself into in this business!”

He uses events such as the Roots Festival to show that “real life,” as well as some of the story behind it. He says, “I want to ensure that I’m finding the stories and the special connections. These are amazing individual who have decades of experience. In that moment, it’s the culmination of everything they know.”

Then, with a grin, he says, “It’s like you can see their grandmother’s hands through them.”

Click here to see our video interview with Chef Roman.

This is part of The Food Channel‘s On Location series at The Fayetteville Roots Festival. For other stories in the series, click here. You’ll find links at the end of that article that go live as new articles and videos are posted. 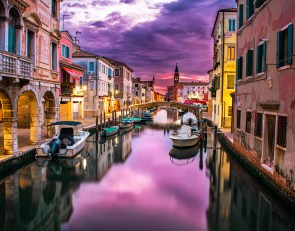 Meet The Chefs: Dave Anoia–Eating Your Way Through Italy 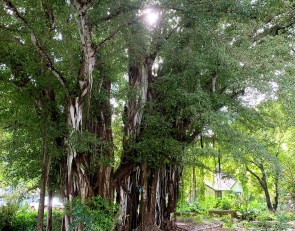 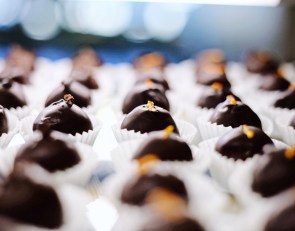