!(border right)/files/0000/2534/mcskillet_burrito_medium.jpg!McDonald’s observed Leap Year 2008 with a giveaway of its new McSkillet Breakfast Burritos on the mornings of February 28 and 29th. The burritos were free with purchase of a medium or large drink during this nationwide sampling event.

The McSkillet burrito, launched last November, is a Mexican style flour tortilla stuffed with scrambled eggs, sausage, potatoes, salsa, onions, peppers and cheese. It is sold during breakfast hours only.

In a similar but more narrowly targeted offer, Papa John’s gave a free one-topping pizza on Leap Day, February 29th, but only if it that was your actual birthday.

The next Leap Year is in four years. We’ll see what deals develop between now and then! 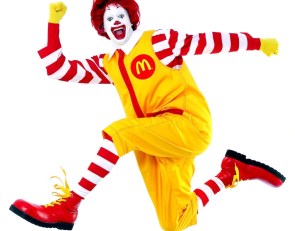