The Sierra Club, on its website, The Green Life, suggests that you go ahead and enjoy a dyed-green beer to celebrate St. Patrick’s Day. But what the Club would really like you to do is consider patronizing breweries that practice green policies that reduce their carbon footprint.

Those companies’ products are the real green beers, says the Sierra Club, and it offers a list of such brewers for you to choose fromâ€”just in time for St. Pat’s. Here are some of its recommended green brewers.

Makers of Fat Tire and other Belgian-style beers. The Ft. Collins, Colo., brewer was the first U.S. brewery to source its energy from wind power. The company conserves energy in a variety of ways and is an innovative recycler.

Brewers of Sierra Nevada Pale Ale, Porter, Stout and other malt beverages. The company has installed 250-kilowatt co-generation fuel cell power units to supply electric power and heat to the brewery. Sierra Nevada has earned a WRAP award for waste reduction from the state of California every year since 2001.

Makes of Brooklyner Weisse Beer, as well as Brooklyn Pilsner, Lager, Brown Ale and other specialties. In 2003, this company became the first brewery in New York City to switch to 100% wind-generated electricity.

We hope you’re able to enjoy some green beer on St. Pat’s Day…and the rest of the year. And, as the Irish say, may the wind always be at your back…or better yet, providing the electricity for your house. 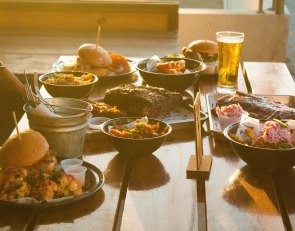 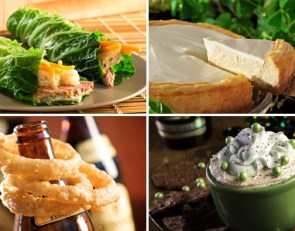 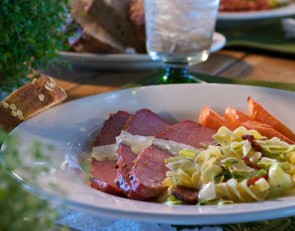