The inspectors are searching for commonalities in the hen houses where the eggs were laid. Investigators first noticed a pattern in egg products used for a high school prom, a college graduation party and a catered breakfast in California.

“We went on several levels — who was the caterer, who supplied the caterer and traced it back to this Wright County Egg in Iowa,” said Jonathan Fielding, director for the Los Angeles County Department of Public Health.

A statement issued by Wright County Egg said it “has worked closely with the FDA through their review of our farms.” The company’s owner, Jack DeCoster, is one of the country’s top ten egg producers and has a long, troubled history with regulators.

FDA officials said no further recalls are likely, which suggests investigators are confident they have honed in on the major sources of contamination in Iowa.

Nearly 2,000 people have been sickened by salmonella linked to eggs in recent months, a number that is likely to rise.

The Egg Safety Center, a site run by egg producers, has an updated list of brands and descriptions.

Here are the basic facts on the recall, as presented by the USDA.

Here are the facts according ot the USDA.

What is the Problem?
An outbreak of Salmonella Enteritidis (SE) that has sickened hundreds of people across the country has led to a recall of shell eggs.

What is Being Done about the Problem?
Working closely with the Centers for Disease Control and Prevention (CDC) and state public health partners, the FDA reviewed epidemiologic and environmental investigation documents and identified 3 best-case clusters of Salmonella Enteritidis illnesses. Tracebacks revealed Wright County Egg in Iowa as the common shell egg supplier in these clusters.

On August 13, Wright County Egg voluntarily conducted a nationwide recall of shell eggs on 3 of its 5 farms. Further epidemiologic and traceback information led to Wright County Egg expanding its recall on August 18 to cover all 5 farms and 380 million eggs (according to company figures).

The Agency has activated its emergency operations command center with scientists, investigators, epidemiologists, and communication experts. In addition, the FDA deployed an initial team of 10 investigators to Wright County Egg in Iowa to inspect the farms and determine the source of the contamination. More investigators are being deployed to help on-site, looking to find the source of the contamination. Investigators are performing environmental assessments of farm conditions and practices including pest and rodent controls, biosecurity plans, environmental monitoring, sanitary controls, and feed sources..

The FDA is initiating effectiveness checks of the recall, conducting checks at retail stores, wholesalers and distributors to make sure the recalled shell eggs are being removed from the market.

The FDA is in ongoing communications with Wright County Egg to ensure that appropriate preventive measures are put in place to reduce the risk of recurrence.

What are the Symptoms of Illness?
Healthy persons infected with Salmonella often experience fever, diarrhea (which may be bloody), nausea, vomiting and abdominal pain. In rare circumstances, infection with Salmonella can result in the organism getting into the bloodstream and producing more severe illnesses such as arterial infections (infected aneurysms), endocarditis and arthritis.

Who is at Risk?
Salmonella can cause serious and sometimes fatal infections in young children, frail or elderly people, and others with weakened immune systems.

What Does the Product Look Like?
Shell eggs under the August 13, 2010 recall are packaged under the brand names: Lucerne, Albertson, Mountain Dairy, Ralph’s, Boomsma’s, Sunshine, Hillandale, Trafficanda, Farm Fresh, Shoreland, Lund, Dutch Farms and Kemps. Shell eggs are packed in 6-egg cartons, 12-egg cartons, 18-egg cartons, and loose eggs with Julian dates ranging from 136 to 225 and plant numbers 1026, 1413 and 1946.

Recalled shell eggs affected by the expanded recall are packaged under the brand names: Albertsons, Farm Fresh, James Farms, Glenview, Mountain Dairy, Ralphs, Boomsma, Lund, Kemps and Pacific Coast. Eggs are packed in varying sizes of cartons (6-egg, 12-egg, and18-egg cartons, and loose eggs for institutional use and repackaging) with Julian dates ranging from 136 to 229 and plant numbers 1720 and 1942.

Dates and codes can be found stamped on the end of the egg carton or printed on the case label. The plant number begins with the letter P and then the number. The Julian date follows the plant number, for example: P-1720 223.

Does FDA have the authority to inspect egg farms?
In the past, FDA has inspected egg farms under its broad authorities applicable to all food, focusing on farms linked to recalls. The egg rule, which just went into effect for large farms on July 9, 2010, provides specific requirements applicable to egg producers that will greatly facilitate compliance. 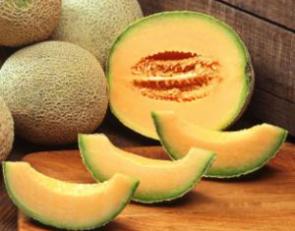 Cantaloupe Outbreak Is Deadliest in a Decade 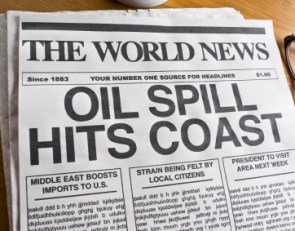 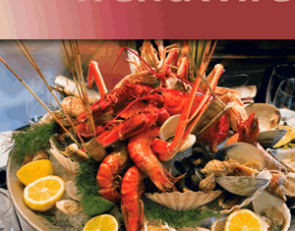