The Rise of the Agrarian

The Rise of the Agrarian

A few weeks ago, I was stumbling around my Facebook feed when I saw a survey of “100 Foods to Eat Before You Die.” I figured it was another chain wave of spam that would require me to like the page, subscribe, etc., but I was curious, so I went ahead and bravely clicked onward.

Halfway through the survey, hyping up what it takes to be a super foodie, I noticed something strange. One of the choices was a microwavable dessert pie. Now normally, when I associate the term foodie with something, I don’t think of preservatives and microwaves, so this was odd to me.

I continued down the list, reaching “pineapple with cottage cheese,” and I stopped again. I went to Twitter and Google and began looking up the same list, and it turns out, it’s been spreading across the Internet quite quickly. So had the term foodie, which was associated with it on almost all relevant pages.

The food snob in me wrinkled my nose and thought, “Since when did being a foodie go from the sensory experience of a meal to shoving cottage cheese and microwave pies in my mouth and marking it off on a list?” That’s when it hit me—foodie has become the new “artisan.”

Artisan over the past few years has gone from being an exclusive high-end cuisine term to a descriptor for quality in menu items at restaurants since premiumization is becoming a commodity in the consumer mindset.. As this happened, a new term needed to rise up and take the throne artisan once held, and that term was hand crafted. Hand crafted was powerful because it alluded to the idea that what you are eating was made by a person, and had no major manufacturing involvement.

This esteem boost relates heavily to the idea of being in the know, as foodies are about what they eat and experience. When part of that esteem layer gets chipped away and exposed to everyone, it’s time to migrate to a new term.

So back to that foodie list, which is causing a stir about the term foodie now being commonplace advertising language. Like with all buzz descriptors, the educated and elite in dining are moving to a new term—one that encompasses not only the food, but the caretaking and growth of it as well.

“Agrarian” isn’t a new term, but it’s one that is just enough out of our common vocabulary it holds some mystery to it. As the local movement and clean eating continue to blend in the heads of foodies, the term agrarian is a nice fit in the middle. It has an antiquated feel, but one that still holds cool to the tongue as twenty-somethings say it.

It also holds the weight to be a luxurious term, as Williams-Sonoma has recently opened a gardening, farming and D.I.Y. shop of the same name online. This, again, gives agrarian a bit of an esteem boost on its own, as well as getting the word out to their already strong cuisine market.

With everything from heirloom seeds and brass watering nozzles to soap making and beekeeping, they’re approaching farming from a high design and luxurious standpoint. The combination of luxury and the already green and organic market is the perfect storm to build a new food community—one that not only is selective in what foodies eat, but how they grow it as well.

Starts outside the traditional boundaries of your business. We translate LIFE into fresh perspectives unique to your category. Every day our team is capturing new evidence of what people are doing, allowing us to develop a forward-looking perspective and identify the underlying emotional drivers of their behaviors. 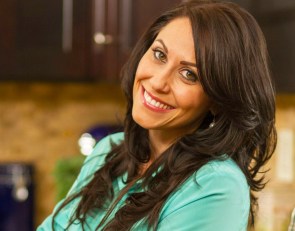