Picture the vast variety of mysterious creatures that move through the depths of the ocean every day, destined to remain a mystery to the majority of us who choose to reside on dry land. It strikes me sometimes how much most of us don’t know about where our food comes from, what it actually is, and why it was chosen for us to eat – especially seafood.

So, where do you go for a unique seafood experience that is just as educational as it is delicious? You head to SALT at SanRoc Cay in Orange Beach, Alabama. SALT was one of our more memorable stops on the Alabama Gulf Coast Tour hosted by Geiger & Associates Public Relations and the Gulf Shores and Orange Beach Tourism Department. The tour is meant to highlight the island communities’ emerging culinary scene with stops at some of the most renowned restaurants along the Gulf Coast.

Charcuterie Board by SALT//Kaitlan Foland

Education and cuisine are Chef Chris Sherrill’s vision, who is not only a chef but also the restaurant manager and part-owner of SALT. Chef Cris has always had an interest and love for cooking, finding his passion early while in the boy scouts, cooking wild game over the campfire. After winning The National High School Recipe contest, sponsored by Johnson & Wales, he was awarded a wild game scholarship to Johnson & Wales University.

However, as much as Sherrill loved to dabble in culinary creation, his dream was to play college football. Unfortunately, a trauma at 18-years old sidelined those dreams. In a sports injury that changed his life, he had to make a decision; give it all up, or focus on food?

Today, the answer is clear. Fast forward quite a few years in time and Sherrill found himself moving to the Gulf Coast. Once settled in the area, he noticed that the culinary scene was basic at best. The average shrimp and crab leg were covered, more or less, but Sherrill knew there had to be more. His dream and ultimate goal were then realized, to elevate the food scene on the Gulf Coast to a place where local and fresh was the standard. His first great success was in selling fresh grilled fish and assorted Alabama coastal cuisine, which started his own movement. 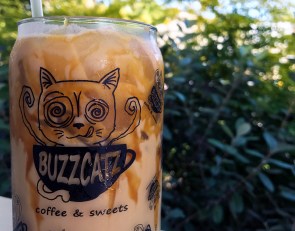 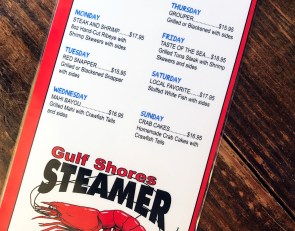 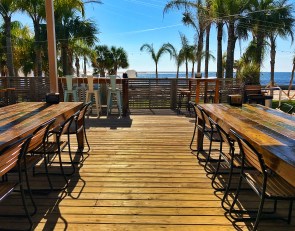