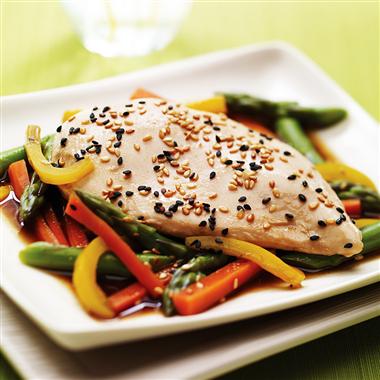 Asian Chicken and Vegetables in Gingered Broth Recipe. You would never guess this Asian inspired dish of succulent chicken and colorful vegetables in a ginger spiked broth is baked in aluminum foil packets in the oven.