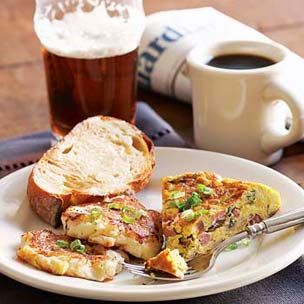 A traditional English pub dish, bubble and squeak is made by combining mashed potatoes with cabbage, which are then fried. The dish is so-named because of the sound the ingredients make during cooking.