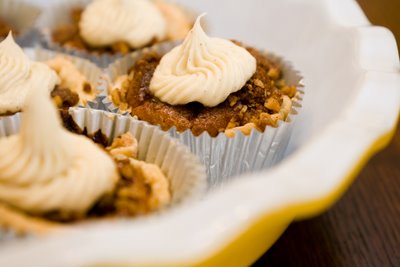 A delectable cross between a pumpkin pie and a cupcake.

Here’s the link to the buttercream frosting recipe.