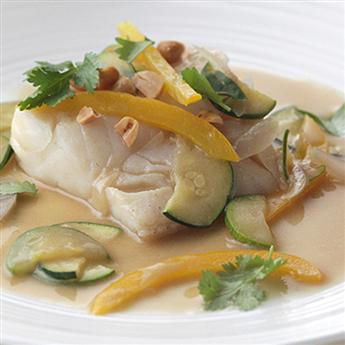 Thai-Style Fish in Coconut-Roasted Ginger Broth Recipe. Serve this dish in soup plates over steamed rice so you can enjoy all of the flavorful broth.