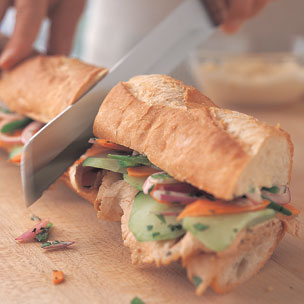 Vietnamese sandwiches are traditionally made ahead of time and wrapped tightly in plastic wrap, allowing the flavors to come together. You can assemble and wrap them up to 4 hours in advance and refrigerate.