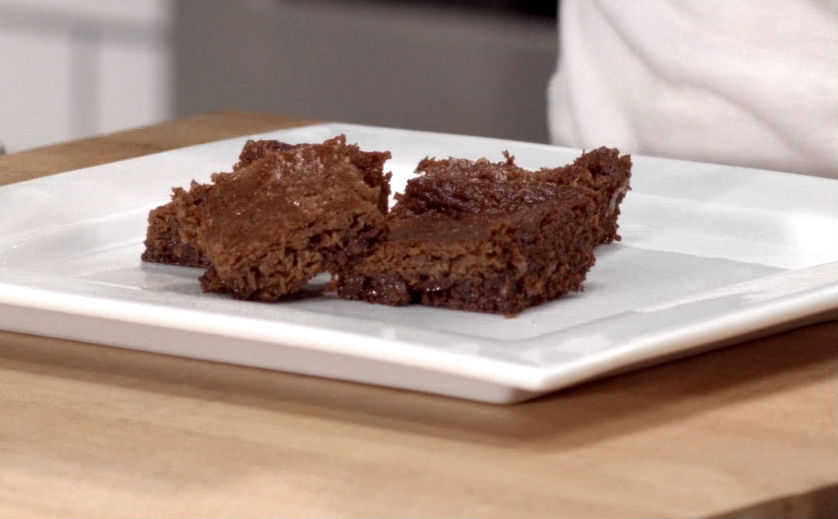 Everybody has cravings for brownies, but that doesn’t mean you have to settle for an unhealthy snack. With this Zucchini Espresso Brownie recipe from the Healthy Voyager, Carolyn Scott-Hamilton, you can have an indulgent snack without the fat and oil associated with traditional brownies.

Voyager tip: If you have trouble getting your kids to eat veggies, try this recipe! Kids can’t say no to brownies, and these taste so good, they will be amazed when they find out they are made with zucchini.

Carolyn Scott-Hamilton is an award-winning cookbook author specializing in healthy eating, specialty diets, and green living and travel. In addition to publishing cookbooks, Carolyn is a media spokesperson, holistic nutritionist, plant-based vegan chef and a television personality. Carolyn is frequently a guest on national media, both print and TV, on outlets like USA Today, CNN, NBC News, The Better Show, The Discovery Channel and Martha Stewart, just to name a few. She is also regular contributor to The Huffington Post and Yahoo, as well as many local news and online outlets, making The Healthy Voyager the “Go-To” source for all things healthy and green living and travel.