The Food Channel® descends on Los Angeles from 7 a.m. Friday, Dec. 4, through 7 a.m. Saturday, Dec. 5, to film ‘Clockless in LA’—a 24-hour exploration of food and spirits in the city of angels.

Food Channel cultural correspondent Andy Ford, who in his day job is Chief Insights Officer for Noble will roam the streets looking for the un-Hollywood hot spots and lesser-known food venues. Along the way, Andy will talk with people about where they eat, why they eat what they eat, and what on earth they are doing up at 3 a.m. to eat it!

‘Anyone familiar with Andy’s work knows that he finds the unusual, the quirky and the counter-culture behavior,’ said Kay Logsdon, editor of The Food Channel. ‘Don’t be surprised if he crashes a premiere party, befriends the locals at the greasiest greasy spoon, picks out his own catch-of-the-day at the fish market, or accompanies a street vendor to hand out snacks to frustrated drivers stuck in traffic. With Andy, anything is possible, but one thing is sure—it will make for fascinating viewing.’

In Ford’s words, he hopes to experience the ‘underground LA’ that is ‘all real, all raw’ with ‘no glitz and no glamour.’ As documented by videographer Kurt Miller, ‘Clockless in LA’ will debut as a feature of The Food Channel’s new Raves & Faves program.

Andy’s First AM Report: Stuck in Traffic. What a surprise

Woke up in Garden Grove, Calif., which is near Disneyland. Nothing moving yet but a few tourists. We drove out of some haze and into the sunshine—and typical SoCal traffic. We’re hoping to hit Chinatown, Koreatown, some fish markets and other fun places soon. If this traffic ever gets rolling…

Had an absolutely killer traditional breakfast at the Pacific Dining Car on 6th and Witmer. The manager there, Nick Lerner, has a real passion for customer service—and why not?—he’s worked here for 29 years, working his way up from his first job as server. PDC has been running a 24-hour breakfast operation since 1981…this place was clockless before clockless was cool. It’s where locals go for a classy, simple, delicious breakfast. We were honored to have been seated at a table where Bob Hope once sat. I mean I was pumped about that. Thanks for the memories indeed.

Next we hit Menchie’s, a frozen yogurt joint in Sherman Oaks. We met with the owner Marla Halac who showed us the 12 distinct and delectable flavors they have available each day. It’s all about choice here. You pick the flavor you want, and the amount you want, and put it in your container. Then you add the toppings you want, and you pay for it by weight. Beautiful.

Lots of cool spaces in here to hang out. Marla told us Jon Cryer (of ‘Two and a Half Men’ fame) was here the other day with his kids and stayed for about three hours working on homework.

The yogurt is truly refreshing. Our faves were the Peanut Butter flavor and the Cake Batter flavors…both are tremendous. There are only something like 12 Menchie’s in the U.S., but they told us they’re going to be expanding into China and Japan. Cool.

Lunch at The Counter

Our next stop was The Counter in Studio City. Owners Nick and Jason explained that they can offer customers more than 300,000 different ways to make a burger. Here’s one of the possibilities.

I fell in love with their Black & White Milkshake, and their sweet potato fries were fantastic. The locals obviously love this place. As we were leaving, folks were lining up to get in.

From there we headed to “Philippe The Original” on Alameda in downtown L.A., home of the original French Dipped Sandwich. The place was packed to the gills. They have 10 lines moving through the place, about 15 people deep. The general manager, Mark Massengill, told us they typically have 200 people standing in line during their busy times.

Philippe’s has been a family-owned operation for four generations now, and it’s evident by the lines that people can’t get enough of these amazing sandwiches. They dip them, bun and all, in Philippe’s delicious au jus right before you get ’em at the counter. Fabulous.

Next, Kurt and I jumped back on the freeway and made our way to Pink’s Hot Dog Stand. A Hollywood institution, Pink’s has been around since 1939. They celebrated their 70th anniversary this year. Here’s another place that’s been in the same family for generations. We chatted up Beverly and Gloria Pink who guided us through their menu that features 21 different hot dogs and 12 different kinds of hamburgers, including one that’s vegan. They told us they sell 2,000 hot dogs a day. Like Philippe’s, Pink’s usually has a long line of people waiting to get themselves a hot dog or burger.

Pretty amazing, that here in Los Angeles, a city with people that move around a lot—commuters and folks that have moved here from other parts of the country, there are two restaurants like this that play an integral role in the community, and have been in the same families for many decades. And, oh yeah, their food is outstanding. Unpretentious, pure, simple, delicious.

We’re going to come back to Pink’s around 3 a.m. tonight. Beverly and Gloria told us the crowds at that time are totally different. We’ll find out.

Los Angeles is the second stop on the Raves & Faves tour, with stories, videos, photos and recipes from some of southern California’s most interesting locally-owned restaurants and culinary icons. The iRaves.com beta site went live on Nov. 15, with a national Raves & Faves program launch planned for early 2010.

_‘Clockless in LA’ derives its name from a wave of human behavior mapped by Noble’s insights property, CultureWaves®. The Clockless Wave monitors how hyper-life consumers find 24-hour solutions—‘I want what I want when I want it.’ In his work with CultureWaves, Andy is a trained observer of the effect that lifestyle choices, demographics, media bombardment, education, and experiences have upon the world’s diverse population. His job is to fit in with—and infiltrate—a variety of groups, giving him a unique perspective on social and brand interaction. For more information, visit www.culturewav.es

_To read about Andy and Kurt’s previous adventures, you can read ‘Clockless in Las Vegas’ here. To keep up with Andy and Kurt as they take on Los Angeles, or to suggest your favorite spots in city of angels, follow the team on The Food Channel at www.foodchannel.com, on Twitter at www.twitter.com/foodchannel or www.twitter.com/aford, or on Facebook at www.facebook.com/FoodChannel.

// <![CDATA[
/**
First attempts to make link cliccables by Michele C. Soccio, http://www.soccio.it/michelinux/
Thanks to excellent work by Alan Hogan (http://alanhogan.com/contact) for making it much
better and make @user link cliccable as well. 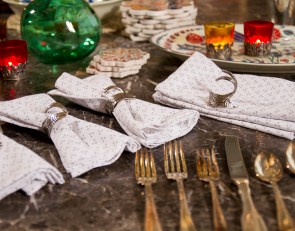 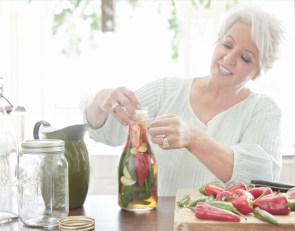 Letters Continue to Come in Support of Paula Deen 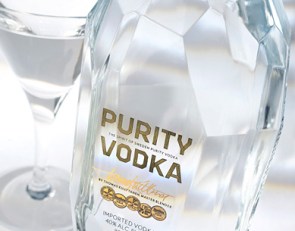