Looks like the Pizza Wars are heating up again. Domino’s has launched a new series of TV ads promoting the chain’s new pan pizza, and calls out its chief rival, Pizza Hut (although not by name).

In one commercial, Domino’s CEO Patrick Doyle, says: “Want to know a dirty little secret about the pizza business? A lot of pan pizza starts out as frozen dough.” It’s pretty clear to those who follow the Pizza Wars, that Mr. Doyle is talking about Pizza Hut, the number one pizza chain in the U.S. Other major competitors, such as Papa John’s, don’t menu pan pizza.

In the TV ad, the key claim as voiced by Doyle is that Domino’s uses only fresh dough for its pan pizza. (You can scroll down to watch the ad.)

Quoted by advertising trade journal Advertising Age, Domino’s chief marketing officer Russell Weiner commented on the ad campaign. “We’re not mentioning any brand by name, but what we’re saying is it would have been easier to do this with frozen dough. If you freeze something, it’s that much easier to make the product taste good, but we took the time to make it right. Faster isn’t always better.” He added that another benefit to not calling any one competitor out by name is that Domino’s can also go against frozen pizza found at the grocery store.

According to the Ad Age story, reported by Maureen Morrison, Pizza Hut doesn’t seem too worried about the Domino’s campaign. Says Pizza Hut CMO Kurt Kane: “We are used to our competition following our lead, but consumers have proven time and time again that they will not settle for second best. In this case, it appears our competition is just trying to divert consumers’ attention from a massive increase in their advertised prices. Our experience is that consumers are too smart to fall for that.”

We’ll be watching for the next move in this battle strategy, and in the meantime, dialing up Domino’s to see if the new pan pizza really does, um…deliver. 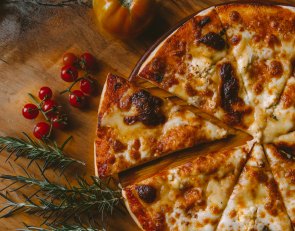 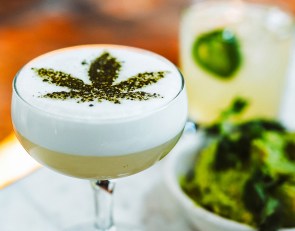