From May 14th to May 20th, we celebrate craft beer!

Thanks to the Brewers Association, for the 13th year in a row, we are celebrating American Craft Beer Week®. In concert with this, The Food Channel has identified our top 2018 craft beer festivals! It’s an exciting week to be an American – our love for craft beer is one that continues to grow at an exemplary rate.

Craft beer itself; however, and the festivals that celebrate it, are not strictly American. That’s why, this year, we have included a few of our favorite international beer festivals that can make 2018 your best year yet! With recommendations from our friends at Ale Sessions and 10Best, you won’t be steered in the wrong direction.

So, twist off that top or pop the tab, throw back a cold one, and get your travel plans ready for every craft beer festival you plan to attend this year. Listed in no particular order, because choosing just one isn’t an option.

Taking place at Tom McCall Waterfront Park, the 31st annual Oregon Brewers Festival is one of the nation’s longest-running craft beer festivals in the country! With 70,000 fans attending annually, there are 80 independent craft beers available to try, ranging from Belgians and Blondes, Pales and Pilsners, or Saisons and Sours. Set along the Willamette River, you can also find a gorgeous view of the Portland skyline and Mt. Hood.

The Great American Beer Festival has the largest collection of U.S. beer ever served in a public tasting event! Bringing a multitude of diverse brewers and beers that make America one of the strongest nations in craft beer, the festival has been running since 1982. Taking place at the Colorado Convention Center in Denver, the festival will have food, brews, educational presentations and craft beer exhibits to attend.

Labeled as “The Beer Festival with a Surf Twist” this coastal craft beer festival has over 65+ craft breweries, cider makers, and wineries on site making 2018 its biggest festival yet! The festival takes place at San Buenaventura State Park and will also have plenty of food trucks, live music, surfboard shapers, and guest speakers.

The Great Taste of the Midwest (Madison, WI): August 11th

Great Taste of the Midwest courtesy of greattaste.org

Put on by the Madison Homebrewers and Tasters Guild, a nonprofit organization created to aid and educate members in the appreciation and legal production of fermented malt beverages, the 32nd Great Taste of the Midwest is set to take place in Olin Park! With over 190 breweries and brewpubs, attendees can find 1,400+ different beer selections to taste and try. There will also be plenty of food, with food trucks and food vendors from some of Madison’s best.

Hosted by the Omme Gang Brewery, this craft brewery is named after Ommegang, a renowned festival in Brussels, Belgium! This New York festival offers the best in Belgian-inspired beer to a max of 3,000 patrons, along with a five-course beer-pairing dinner to its VIP ticket holders. Attendees can camp on the brewery grounds overnight, and enjoy gourmet food vendors and live music at this two-day event.

This Atlantic Canadian craft beer festival is the largest gathering on the coast and one of the top summer festivals in Halifax. Held at the Cunard Centre, attendees can taste and try more than 300+ brews along the waterfront patio, enjoying beer samples, food venues, live music, and souvenirs.

An international event, this craft beer fest features 50+ lead brewers from around the nation and world, gathering at the Paso Robles Event Center to celebrate craft beer. Some of California’s top Central Coast restaurants will offer free tastings of dishes and patrons are welcome to bring their own food to the event.

Ranked as one of the best beers in the world, 3 Floyds Brewing Co.’s Dark Lord is a Russian imperial stout brewed with coffee, vanilla, and sugar or molasses. The catch? It’s only available to purchase at Dark Lord Day, the beer festival. Also available to patrons are food and live music throughout the day!

This craft beer fest is the largest exclusively Belgian beer festival in the U.S. The goal of the event is to expose current or future craft beer enthusiasts to real, made-in-Belgium beers. The festival offers more than 150 beers for tasting and are all rooted in true Belgium tradition. It’s a great experience!

Located in the heart of Decatur, Georgia, this craft beer festival offers more than 80 breweries to experience and live music all day long! Held at the downtown square, this festival will be a hot ticket item this fall.

The fun’s not over! Keep scrolling to find our favorite Food Channel beer-inspired recipes.

“Street” tacos—small, portable and handheld—what’s not to like? With flavor influences from beer, orange juice, and fresh lime, each mouthful is a delightful experience! 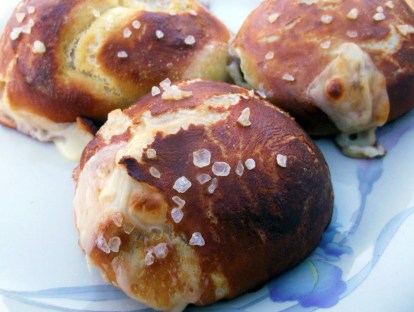 Bring some summertime fare into the kitchen with easy stuffed pretzels! Don’t stop at this recipe, chicken and cheese, you can also use sliced jalapeno peppers with Monterey Jack and cream cheese for a Jalapeno Popper Stuffed Pretzel!

This creamy cheese dip is made with two kinds of cheese, Guinness beer and an array of spices. Serve it with your favorite dippers, such as smoked sausage, vegetables, and bread – simply delicious.

The fish taco craze has spread from Mexico to California, to the rest of the USA. It’s a delightful dish to serve at your next gathering. This beer-battered version is always a huge hit!

Savory and moist, made with dark stout beer, this Pumpernickel Beer Bread is going to be a hit with your friends and family. 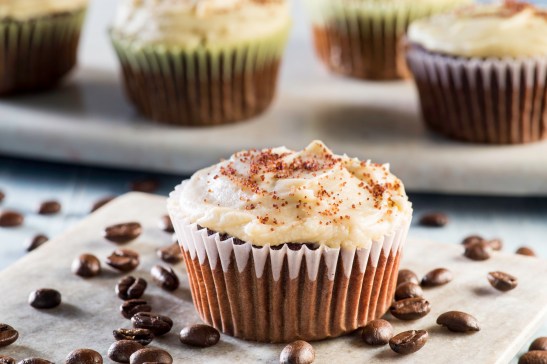 These decadent cupcakes are a winning combination of rich coffee-infused craft beer, chocolate cake, and cold-brew coffee buttercream. This is a half-scratch recipe that can be adapted to taste and will fill the kitchen with a wonderful coffee aroma while baking!

Don’t see your favorite Craft Brew Festival in our list? Let us know in the comments section and we’ll consider in the future!

And remember, to always enjoy responsibly.