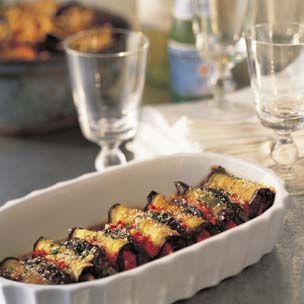 Baked Eggplant Rolls Recipe – These tender eggplant rolls have a savory stuffing of bell pepper, pecorino cheese and bread crumbs. Serve them before a pasta with tomato sauce.