The origin of Beggar’s Chicken, although seemingly far­fetched, is undoubted. In the early 19th century, in China, a very poor, starving man was wandering the streets in search of food and he found nothing, not even scraps that were usually thrown out the door for the passing dogs and stray cats. Spotting a chicken running around, he ran after it in hopes of a dinner.

After catching it, he wrestled his grip around the neck of the fowl and killed it quickly. He immediately ran to an alley and built himself a fire. While he built a bed of coals in which to roast his dinner, he plucked the bird, slathered a thick layer of mud all around it and nestled this mud­laden meal in the coals to cook. After a spell, he removed it from the embers, cracked the dried, brick­lick coating and began feasting.

At that same time, the emperor had been traveling on the main street and had his carriage halted to walk to a shop for whatever goods struck his fancy. Upon exiting his carriage, the emperor noticed a delicious smell coming from the alley. Upon examining the source of this delectable odor, he approached the dining beggar and asked of what he was dining on. The beggar looked up at him, his hands and lips shining with the juices of his chicken and replied, “The Beggar’s Chicken.” The rest is history!

To this day, Beggar’s Chicken has graced almost every Asian table in every home. In the past few decades, however, many Chinese diners refuse to call it Beggar’s Chicken, the name not being appealing to those with circumstance.

The popularity of another name has taken over, so our great tasting recipe is more often referred to as “Rich and Noble Chicken” now – Believe it or not! Beggar’s Chicken is traditionally baked in foil that has been enveloped in a flour, salt, and water dough, mimicking the original preparation of mud. This helps keep all the steam and drippings in.

Use 4 cups flour and 3 cups salt mixed with 1 1/2 ­2 cups water. This recipe is perfect for your outdoor grill as well.

To see more recipes from The Yankee Chef, click here!

The Yankee chef, Jim Bailey, is a third generation chef, food columnist, cookbook author, food judge and New England’s foremost food historian. His motto, It's Just That Simple!™ expounds on the concept that anyone can create and prepare recipes made by celebrity chefs on television, but without all the expense, expertise and special equipment. Chef Jim also dons his signature pink chefs coat as a tribute to all breast cancer sufferers, both in the past and present. 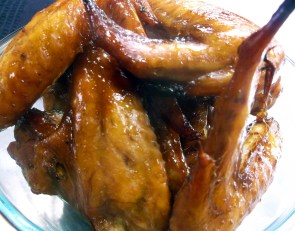 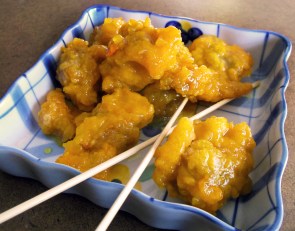