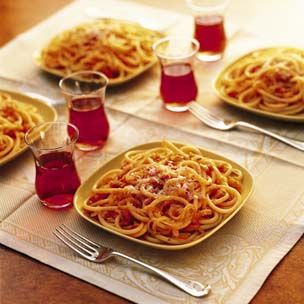 Often served in Rome’s trattorias, this dish takes its name from the town Amatrice. The classic preparation calls for making a sauce of tomatoes, onion and pancetta, and then pairing it with bucatini, a thick spaghetti-like noodle.