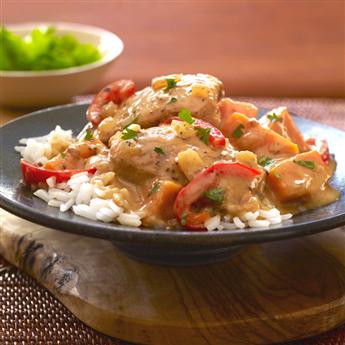 Together with trendsetting chefs and food personalities, McCormick’s flavor experts have crafted the 2011 Flavor Forecast, which inspired this recipe among others. Here the traditional African ground nut stew gets a Southeast Asian accent from coconut milk, red chili paste, almond butter and cilantro.’