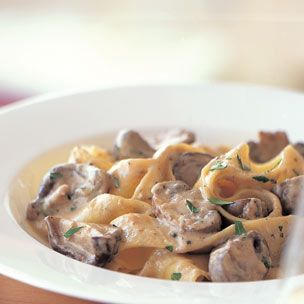 To make this marvelous beef stroganoff, use one pound of cooked leftover steak, such as beef sirloin or tenderloin, cut into 1-inch cubes. Add to the sauce along with the broth for a hearty, satisfying dinner sure to please the whole family.