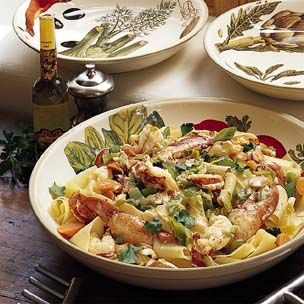 This recipe calls for making a lobster stock with the bodies and shells of the lobsters after the meat has been removed. The stock is then reduced with cream to make a rich sauce, which will be thick and then ready to be tossed with the pasta.