These Authentic Hungarian Doughnuts are fluffy and light and the perfect addition to celebrations of Chanukah (Hanukkah), the Jewish festival of rededication, celebrated each December, and often referred to as the festival of lights.

The significance of fried foods, as well as cheese and dairy, in celebratory food has its basis in the story’s origins. Chanie Nayman, editor-in-chief for Kosher.com, explains. “Chanukah is a holiday that celebrates a number of miracles. First and perhaps most well known is the miracle of oil, when the Maccabees found one last jar of pure oil that hadn’t been destroyed by the Greeks, that looked like it was enough for only one day but it lasted for 8 days. That’s why we celebrate with lots of fried food including latkes (potato pancakes), sufganiyot (fried donuts), and other fried delicacies.”

But what about the cheese and dairy inclusion? “The miracle that’s often less talked about is the miraculous victory of the Maccabees over their Assyrian oppressors,” Nayman says. “Integral to that victory was a famous heroine, Yehudit (Judith) who succeeded in the assassination of Holofernes, an invading Greek general, using wine and cheese to lull him to sleep. Many believe this is the reason we celebrate Chanukah with cheese and other dairy foods.”

This recipe from Family Table by Mishpacha Magazine was created by Faigy Grossman and is one of many featured by our friends at Kosher.com. Photography is by Moshe Wulliger, with styling by Renee Muller.

This is a treasured family recipe. The secret is the alcohol in the vodka; it doesn’t allow the oil to fully penetrate the dough, which makes for lighter, fluffier doughnuts. The dairy ingredients add to the flavor; however, they can be made parve as well, substituting margarine and parve milk for the dairy ingredients.

Be sure and check out these additional recipes for celebrating the festival of lights: 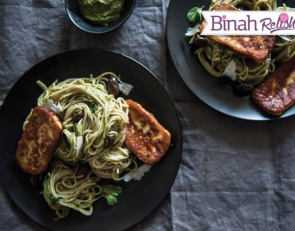 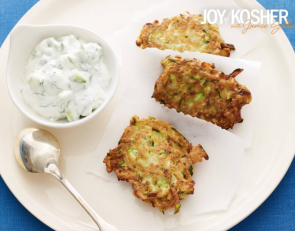 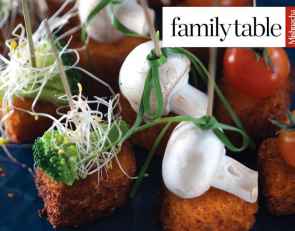